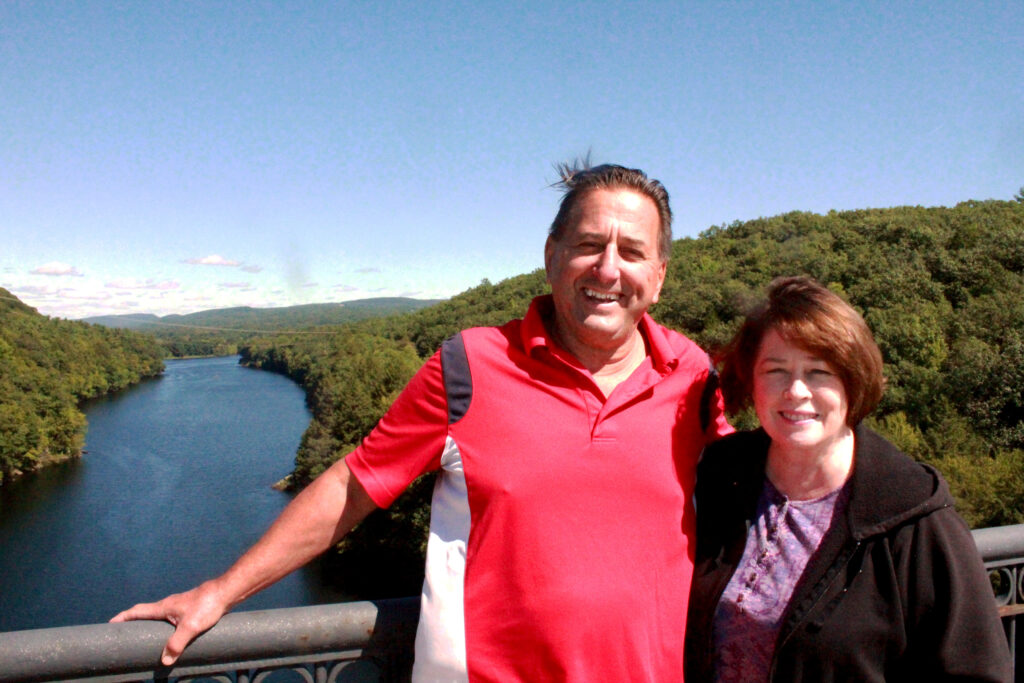 When you visit the French King Bridge on the Mohawk Trail Scenic Byway, you’ll see sweeping and spectacular views of the Connecticut River. “It is one of the most photographed places in the pioneer valley,” says former FLT Executive Director Rich Hubbard. Thanks to supporters like you and the Scenic Byway Program, this iconic view is now permanently protected in all four directions.

Nearly 20 years later, the final 5-acre forested parcel to the northwest of the bridge, owned by the Prondecki family, was at risk of being sold and developed. But instead, the Prondecki’s agreed to work with FLT to permanently protect the land they love. “The view from the French King Bridge would have been forever changed if this parcel was sold for development. That’s not something we can get back once it’s lost,” says Hubbard.

The Scenic Byway Program allowed Franklin Land Trust in partnership with the Franklin Regional Council of Governments (FRCOG), the MA Department of Conservation and Recreation, the MA Department of Agricultural Resources, and the MA Highway Department to conserve a total of 1,528 acres along designated scenic byways in Franklin County over the last ten years.

Thanks to the Scenic Byway Land Protection Project, the iconic view from the French King Bridge will endure for residents, visitors and travelers forever.