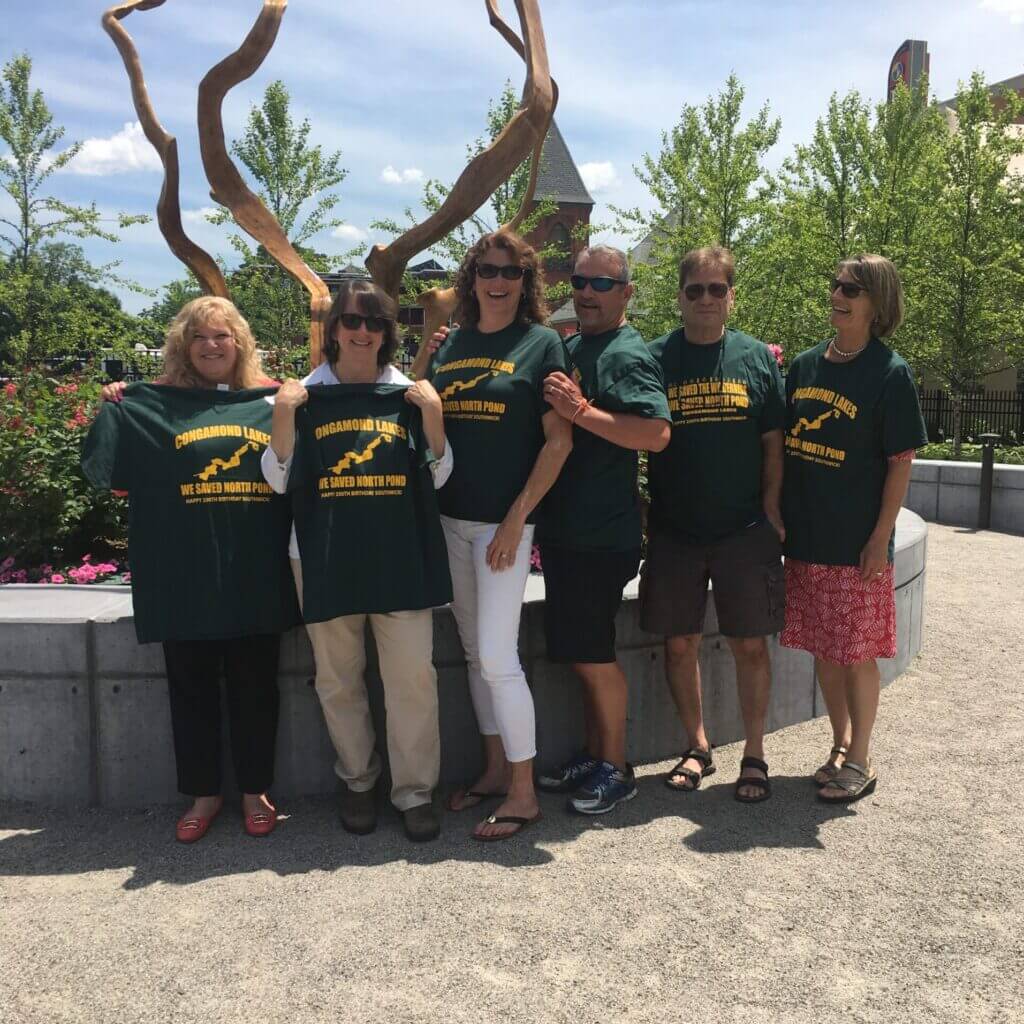 Thanks to you, Franklin Land Trust celebrated the permanent protection of 145 acres of grassland, forest and shoreline on North Pond, the last remaining undeveloped shoreline of the Congamond Lakes in Southwick, MA.

Although not in our traditional territory, the Franklin Land Trust (FLT) was called into the Town of Southwick by state and local officials because of the significance of the land at risk and the immediate threat of development. They recognized that FLT, with its 32 years of conservation experience, its capacity to handle multifaceted land deals and its long-standing relationships with state partners was uniquely positioned to take on such a large and complex project.

The North Pond property sits atop a major aquifer that serves as a public drinking water supply for thousands of people living in the towns of Southwick, West Springfield and Westfield in Massachusetts and Suffield in Connecticut. Conserving this land meant that it would not be developed into dozens of house lots which would have represented a clear threat to this important public drinking water supply.

In addition, this property’s importance from a wildlife conservation standpoint cannot be overstated. The initial phase of this project was the purchase of 83 acres of this property by the Commonwealth of MA in 2017. This critical acquisition expanded existing grassland habitat on the abutting 267-acre Southwick Wildlife Management Area (WMA) and the 195-acre Connecticut Wildlife Management Area in Suffield, CT, creating what is the largest publicly owned grassland in southern New England, a rare and highly threatened type of wildlife habitat in our region. The remaining 62 acres of woodlands on this property connect the grassland habitat with the shoreline of North Pond, thus conserving a significant wildlife corridor.

The Town of Southwick now owns and manages the 62 acres of woodlands and shoreline, on which it intends to create a trail system on existing paths and open it up for public enjoyment.  The MA DFG purchased the conservation restriction on this parcel to partner with Southwick in the permanent conservation of the land.

Alain Peteroy, Director of Land Conservation at FLT, was with this project from start to finish. “Working alongside state and local partners to conserve this critical land was deeply satisfying and we have made lifelong friends in the process,” says Peteroy. “We look forward to hearing about the continued efforts of community residents, town officials and state entities as they manage the land for everyone to enjoy.”

This important work is not possible without you and your continued efforts to conserve beautiful and important lands for today and for future generations to enjoy forever.